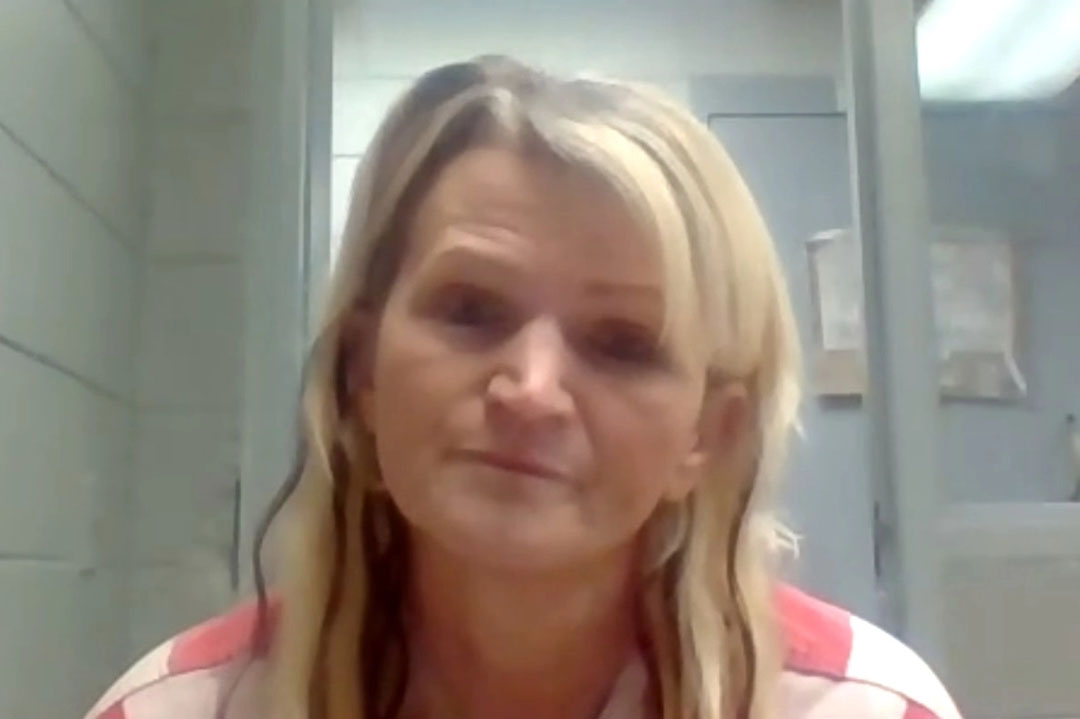 Health officials in at least three states are investigating a travel nurse suspected of tampering with and potentially contaminating vials and syringes of opioid painkillers in two hospitals, then returning the vials to medication cabinets where they could be unknowingly given to patients.

One hundred patients who may have been exposed to contaminated syringes last year at Johnson City Medical Center in Tennessee were urged to get tested for hepatitis and HIV, according to state documents obtained by KHN through a public records request.

The documents also reveal that Raleigh General Hospital in West Virginia this year gave vials to law enforcement to test for evidence of tampering. Those results haven’t been made public.

The travel nurse, Jacqueline Brewster, 52, of Belfry, Kentucky, was arrested by her local sheriff’s office on undisclosed charges Tuesday in response to a fugitive warrant from Washington County, Tennessee, where the allegations of tampering began, according to jail and court records. Brewster was released Wednesday with orders to report to Tennessee within 10 days.

“I didn’t run away from anything,” Brewster said in court. “I don’t know how I’m a fugitive.”

According to documents filed by Tennessee and West Virginia health authorities with their respective nursing boards, Brewster is suspected of repeatedly opening hospital medication cabinets to withdraw vials or syringes of an opioid painkiller, Dilaudid, allegedly removing some of the drug to either use or steal, and then returning the vials or syringes, possibly after gluing a cap back on. The CEO of one of the affected hospital systems alleged in an interview with KHN that the travel nurse added another liquid to syringes ⁠— possibly in an attempt to cover her tracks.

The allegations against Brewster, which have not been previously reported, come at a time when the coronavirus pandemic forced many U.S. hospitals to rely more than ever on travel nurses, who often cross state lines to work months-long stints in short-staffed hospitals. As the virus flooded hospitals with patients and worsened nursing shortages, many hospitals turned to travel nurses to fill the gaps, often at a dramatically increased cost.

Nurses and other medical professionals are licensed, investigated, and disciplined at the state level. But investigators don’t communicate well across state lines, Benson said, so as more nurses began to travel during the pandemic, it became easier to “outrun” investigations by getting a new job in another state long before allegations of wrongdoing became public.

“The system was broken before covid,” Benson said. “It just got more broken during covid.”

Brewster, a registered nurse, has been licensed in Kentucky since 2004 and holds a license permitting her to work in more than 30 states that participate in the Nurse Licensure Compact. After she was accused of tampering at Raleigh General last month, the West Virginia nursing board suspended Brewster’s ability to practice in the state. Days later, Tennessee health officials acted on a complaint they received from Johnson City Medical Center last July, launching a professional disciplinary proceeding that could revoke Brewster’s ability to work in that state later this year.

As of Wednesday, Brewster’s multistate license was “under investigation” in Kentucky but otherwise unrestricted, meaning she could still work as a nurse in most of the country. It is unknown where else Brewster might have worked as a travel nurse, including in the seven months after she was first accused of tampering in Tennessee.

Brewster could not be reached for comment and it is unclear whether she has an attorney. A Knoxville lawyer listed as Brewster’s attorney in records filed with the Tennessee Board of Nursing denied representing the nurse.

One hospital that became heavily dependent on travel nurses during the pandemic was Johnson City Medical Center. Ballad Health, which owns the hospital, said last summer the pandemic increased the number of travel nurses the company employed from about 150 to 400.

Brewster was among those hired. She was employed by Jackson Nurse Professionals, a travel nurse company in Orlando, Florida, and worked at the Johnson City Medical Center for three months before the alleged tampering was discovered, according to the records.

“She was removing the Dilaudid and replacing it with another substance that looked clear like Dilaudid, and replacing the vials in the Omnicell system,” Levine said. “One of our other nurses noticed that something looked different in one of the vials and notified the pharmacy immediately.”

Ballad Health fired Brewster and alerted law enforcement and the Tennessee Department of Health, according to a statement from the company. It sent five Dilaudid syringes to the Tennessee Bureau of Investigation’s crime lab, which confirmed the amount of medication within was “inconsistent with the manufacturer’s label,” according to the nursing board documents.

The hospital reported that it also tried to give Brewster a drug test. She initially provided an insufficient urine sample, the documents allege, and then after providing a second sample Brewster “accused the lab technician of being corrupt,” grabbed the sample out of his hand, and dumped it down the sink.

“This is my *** [sic],” Brewster said as she took back the sample, according to the documents.

The Tennessee Department of Health filed the professional disciplinary case against Brewster with the Board of Nursing on March 31. She is scheduled to appear Aug. 24 at a board hearing and risks losing her nursing license.

At some point, after she was fired from Johnson City Medical Center, Brewster began to work at Raleigh General, an unrelated hospital about 120 miles to the north in Beckley, West Virginia.

Last month, the hospital reported to the West Virginia nursing board that Dilaudid vials in its medicine cabinets appeared to have been tampered with, according to a board order suspending Brewster’s license. Some vials were missing tops and others had tops marked with a residue that “looked like glue,” the board alleges.

Once again, an internal investigation “led directly” to Brewster, according to the board order.

Raleigh General “disposed of many vials of Dilaudid in order to protect patients from contamination” and provided some vials to law enforcement for testing. Results have not been disclosed.

Jackson Nurse Professionals did not respond to requests for comment. It is unclear whether Brewster still works for the company.

Raleigh General Hospital in West Virginia released a statement that it was still investigating Brewster and cooperating with authorities but declined to answer questions about the case.

← Prev: Why Nurses Are Raging and Quitting After the RaDonda Vaught Verdict Next: Stop Being a Crook in your Old Age →