After Wiping Out $6.7 Billion in Medical Debt, This Nonprofit Is Just Getting Started 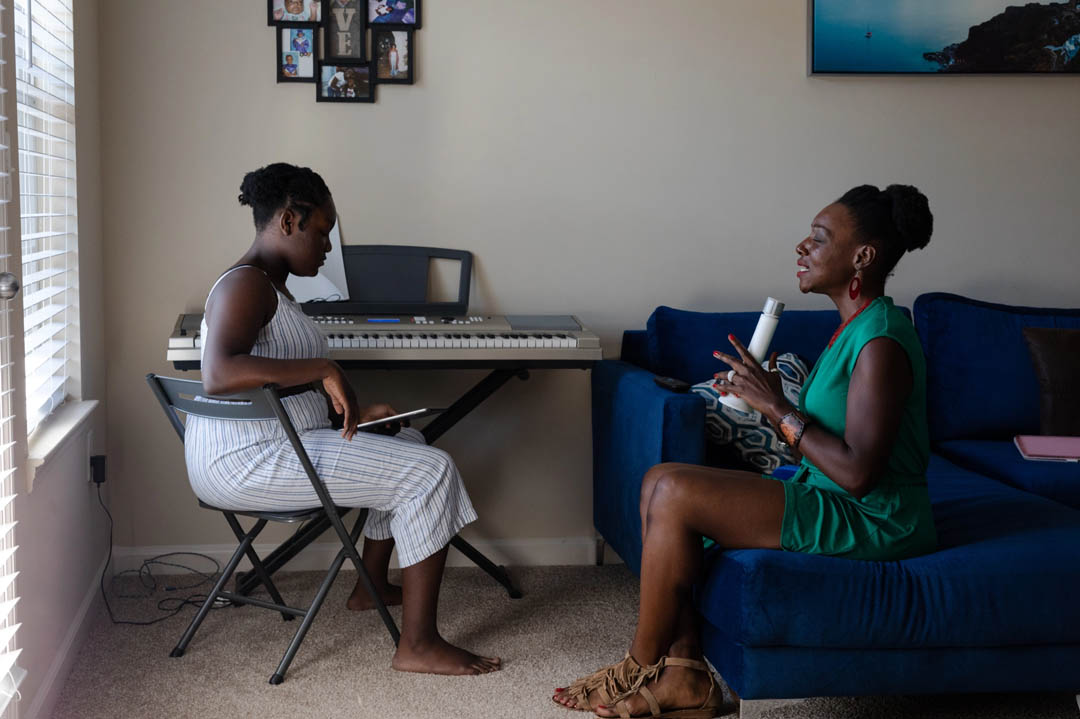 Soon after giving birth to a daughter two months premature, Terri Logan received a bill from the hospital. She recoiled from the string of numbers separated by commas.

Logan, who was a high school math teacher in Georgia, shoved it aside and ignored subsequent bills. She was a single mom who knew she had no way to pay. “I avoided it like the plague,” she said, but avoidance didn’t keep the bills out of mind.

“The weight of all of that medical debt — oh man, it was tough,” Logan said. “Every day, I’m thinking about what I owe, how I’m going to get out of this … especially with the money coming in just not being enough.”

Then a few months ago — nearly 13 years after her daughter’s birth and many anxiety attacks later — Logan received some bright yellow envelopes in the mail. They were from a nonprofit group telling her it had bought and then forgiven all those past medical bills.

This time, it was a very different kind of surprise: “Wait, what? Who does that?”

RIP Medical Debt does. The nonprofit has boomed during the covid-19 pandemic, freeing patients of medical debt, thousands of people at a time. Its novel approach involves buying bundles of delinquent hospital bills — debts incurred by low-income patients like Logan — and then simply erasing the obligation to repay them.

It’s a model developed by two former debt collectors, Craig Antico and Jerry Ashton, who built their careers chasing down patients who couldn’t afford their bills.

“They would have conversations with people on the phone, and they would understand and have better insights into the struggles people were challenged with,” said Allison Sesso, RIP’s CEO. Eventually, they realized they were in a unique position to help people and switched gears from debt collection to philanthropy.

What triggered the change of heart for Ashton was meeting activists from the Occupy Wall Street movement in 2011 who talked to him about how to help relieve Americans’ debt burden. “As a bill collector collecting millions of dollars in medical-associated bills in my career, now all of a sudden I’m reformed: I’m a predatory giver,” Ashton said in a video by Freethink, a new media journalism site.

After helping Occupy Wall Street activists buy debt for a few years, Antico and Ashton launched RIP Medical Debt in 2014. They started raising money from donors to buy up debt on secondary markets — where hospitals sell debt for pennies on the dollar to companies that profit when they collect on that debt.

RIP buys the debts just like any other collection company would — except instead of trying to profit, it sends out notices to consumers saying their debt has been cleared. To date, RIP has purchased $6.7 billion in unpaid debt and relieved 3.6 million people of debt. The group says retiring $100 in debt costs an average of $1.

RIP bestows its blessings randomly. Sesso said it just depends on which hospitals’ debts are available for purchase. “So nobody can come to us, raise their hand, and say, ‘I’d like you to relieve my debt,’” she said.

Yet RIP is expanding the pool of those eligible for relief. Sesso said that with inflation and job losses stressing more families, the group now buys delinquent debt for those who make as much as four times the federal poverty level, up from twice the poverty level.

A surge in recent donations — from college students to philanthropist MacKenzie Scott, who gave $50 million in late 2020 — is fueling RIP’s expansion. That money enabled RIP to hire staff and develop software to comb through databases and identify targeted debt faster.

New regulations allow RIP to buy loans directly from hospitals, instead of just on the secondary market, expanding its access to the debt.

Sesso said the group is constantly looking for new debt to buy from hospitals: “Call us! We want to talk to every hospital that’s interested in retiring debt.”

Sesso emphasized that RIP’s growing business is nothing to celebrate. It means that millions of people have fallen victim to a U.S. insurance and health care system that’s simply too expensive and too complex for most people to navigate. As KHN and NPR have reported, more than half of U.S. adults say they’ve gone into debt in the past five years because of medical or dental bills, according to a KFF poll. A quarter of adults with health care debt owe more than $5,000. And about 1 in 5 with any amount of debt say they don’t expect to ever pay it off.

RIP is one of the only ways patients can get immediate relief from such debt, said Jim Branscome, a major donor. Policy change is slow. Numerous factors contribute to medical debt, he said, and many are difficult to address: rising hospital and drug prices, high out-of-pocket costs, less generous insurance coverage, and widening racial inequalities in medical debt. The pandemic, Branscome added, exacerbated all of that.

The “pandemic has made it simply much more difficult for people running up incredible medical bills that aren’t covered,” Branscome said. He is a longtime advocate for the poor in Appalachia, where he grew up and where he says chronic disease makes medical debt much worse. It undermines the point of care in the first place, he said: “There’s pressure and despair.”

For Terri Logan, the former math teacher, her outstanding medical bills added to a host of other pressures in her life, which then turned into debilitating anxiety and depression. Now a single mother of two, she described the strain of living with debt hanging over her head. She had panic attacks, including “pain that shoots up the left side of your body and makes you feel like you’re about to have an aneurysm and you’re going to pass out,” she recalled.

Some hospitals say they want to alleviate that destructive cycle for their patients. Heywood Healthcare system in Massachusetts donated $800,000 of medical debt to RIP in January, essentially turning over control of that debt, in part because patients with outstanding bills were avoiding treatment.

“We wanted to eliminate at least one stressor of avoidance to get people in the doors to get the care that they need,” said Dawn Casavant, chief of philanthropy at Heywood. Plus, she said, “it’s likely that that debt would not have been collected anyway.”

One criticism of RIP’s approach has been that it isn’t preventive: The group swoops in after what can be years of financial stress and wrecked credit scores that have damaged patients’ chances of renting apartments or securing car loans. (The three major credit rating agencies recently announced changes to the way they will report medical debt, reducing its harm to credit scores to some extent. However, consumers often take out second mortgages or credit cards to pay for medical services.)

“A lot of damage will have been done by the time they come in to relieve that debt,” said Mark Rukavina, a program director for Community Catalyst, a consumer advocacy group.

Rukavina said state laws should force hospitals to make better use of their financial assistance programs to help patients. “Hospitals shouldn’t have to be paid,” he said. “Basically: Don’t reward bad behavior.”

Most hospitals in the country are nonprofit and in exchange for that tax status are required to offer community benefit programs, including what’s often called “charity care.” Depending on the hospital, these programs cut costs for patients who earn as much as two to three times the federal poverty level. But many eligible patients never find out about charity care — or aren’t told. They are billed full freight and then hounded by collection agencies when they don’t pay.

Recently, RIP started trying to change that, too.

RIP CEO Sesso said the group is advising hospitals on how to improve their internal financial systems so they better screen patients eligible for charity care — in essence, preventing people from incurring debt in the first place. Ultimately, that’s a far better outcome, she said.

“We prefer the hospitals reduce the need for our work at the back end,” she said. “I would say hospitals are open to feedback, but they also are a little bit blind to just how poorly some of their financial assistance approaches are working out.”

Terri Logan said no one mentioned charity care or financial assistance programs to her when she gave birth. Nor did Logan realize help existed for people like her, people with jobs and health insurance but who earn just enough money not to qualify for support like food stamps.

The debt shadowed her, darkening her spirits. “I don’t know; I just lost my mojo,” she said. “But I’m kinda finding it,” she added. Logan’s newfound freedom from medical debt is reviving a long-dormant dream to sing on stage.

Her first performance is scheduled for this summer.

“Diagnosis: Debt” is a reporting partnership between KHN and NPR exploring the scale, impact, and causes of medical debt in America.

The series draws on the “KFF Health Care Debt Survey,” a poll designed and analyzed by public opinion researchers at KFF in collaboration with KHN journalists and editors. The survey was conducted Feb. 25 through March 20, 2022, online and via telephone, in English and Spanish, among a nationally representative sample of 2,375 U.S. adults, including 1,292 adults with current health care debt and 382 adults who had health care debt in the past five years. The margin of sampling error is plus or minus 3 percentage points for the full sample and 3 percentage points for those with current debt. For results based on subgroups, the margin of sampling error may be higher.

Additional research was conducted by the Urban Institute, which analyzed credit bureau and other demographic data on poverty, race, and health status to explore where medical debt is concentrated in the U.S. and what factors are associated with high debt levels.

The JPMorgan Chase Institute analyzed records from a sampling of Chase credit card holders to look at how customers’ balances may be affected by major medical expenses.

Reporters from KHN and NPR also conducted hundreds of interviews with patients across the country; spoke with physicians, health industry leaders, consumer advocates, debt lawyers, and researchers; and reviewed scores of studies and surveys about medical debt.KHN (Kaiser Health News) is a national newsroom that produces in-depth journalism about health issues. Together with Policy Analysis and Polling, KHN is one of the three major operating programs at KFF (Kaiser Family Foundation). KFF is an endowed nonprofit organization providing information on health issues to the nation.

← Prev: Come Fly With Me: Our Birthplace, Arrgh! Next: PIT: More than Primanti Bros. → 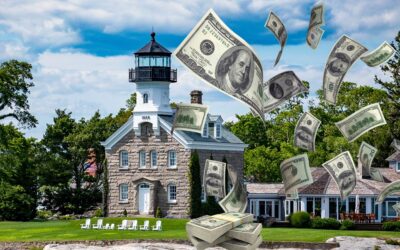