In the aftermath of Hurricane Hermine, Tampa Bay waters have been inundated with millions of gallons of raw, and partially treated sewage. Hurricane Hermine fell short of meteorologist predictions in her brief touch-downs along the coast, but the impact of the deluge overwhelmed city sewage systems. Pinellas, Hillsborough, Pasco, and Hernando counties were affected, along with Boca Ciega bay and a number of watersheds. As of last week, an estimated 29 million gallons of sewage had been dumped into Tampa Bay waters; the result of knocked-out and overflowing treatment plants. The City of St. Petersburg is responsible for a majority of the spilled sewage; reporting a controlled discharge volume of 20 million gallons.

Comments from the respective governments of the affected cities are few and far in between; with only the city of Tampa reporting their bacteria testing results. Coliform levels, or the level of bacterium, were elevated in Tampa waters by 20x their normal rate. This paints a dismal picture of the coliform levels of other cities involved in the massive sewage spill. While these coliform levels tapered down, any elevation in bacteria after an incident such as this one raise concerns other than eye sores and an assault on the olfactory senses.

Nearly two weeks post-Hermine, Tampa Bay continues to suffer from the aftermath of the sewage dumping. Sewage was spilled into the popular swimming, fishing, and kayaking spots for ten days straight; leaving a wake of public health and environmental problems in the smelly wake. A University of South Florida researcher released alarming initial findings of potential strains of antibiotic-resistant bacteria in soil samples that were taken along a local shoreline. The findings suggest that bacteria similar to the vancomycin-resistant enterococci (VRE) found in Pinellas County after a 2014 sewage spill could be present in the untreated waters.

VRE, typically found solely in hospital waste systems, poses a deadly threat to those exposed to waters tainted by the sewage. Climate change, continued rainfall, and rising water levels could as serve as catalysts to widespread exposure to this deadly bacterium. Vancomycin is a powerful antibiotic that is commonly used in treatments for meningitis, blood infections, and endocarditis. A resistance to this drug, and others in its class, (ICD-10-CM code Z16.21), could lead to the conception of an untreatable superbug epidemic, in a worst case scenario. State officials test for coliform, but do not test for VRE or other types of antibiotic resistant bacterium.

The human population is not the only one to suffer at the hands of this devastating dumping. Marine life is also at risk, as sewage spills often result in algae growth. Red tide, a phenomenon caused by algae blooms, has a history of killing grouper, snapper, and other commonly consumed fish. The destruction of fish populations compromises fisherman’s careers, along with the entire ecosystem. An upset in an already delicate ecosystem is bad news for wildlife, tourism, and active locals who take advantage of the bay’s typically refreshing and beautiful natural waters.

So, what exactly does this mean for Florida residents who use Tampa Bay as an aquatic playground? Boaters, jet-skiers, swimmers, and fishers – take proper precautions. Do not enter the water with open cuts, and avoid letting water enter your mouth, nose, or ears. It may be best to avoid activities in the affected areas until cleanup-initiatives are announced or implemented. The health risks associated with possible infection or consumption of sewage-riddled waters isn’t worth a day out on the water.

← Prev: Back to Reality: Takeaways from NAMPI 2016 Next: 5 Easy Ways to Reduce Stress and Bring Exercise to the Office → 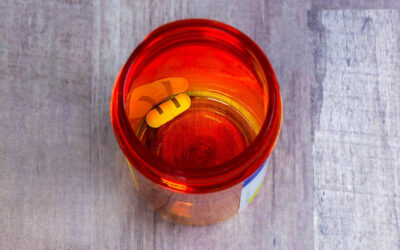