Thinking back to late 2015, the pharmaceutical industry was shaken by a tsunami of criticism and vitriol, all thanks to the rapacity of Big Pharma “bad boy” Martin Shkreli. You may recall Shkreli’s ill-received decision to jack up the price of Daraprim from $13.50 a pill, to an inconceivable $750 per pill only one month after his company Turing Pharmaceuticals acquired rights to the life-saving drug. While Shkreli remained transparent in his motives for increasing the price of the drug (increased revenue), Shkreli had previously been under fire from investors associated with his New York based creation, Retrophin, for misuse of company funds. During his brief tenure at Retrophin, the young profiteer aimed to up the price of Thiola by twenty-times its original price. In a market as strictly regulated as pharmaceuticals, perhaps what is more reprehensible than Martin Shkreli’s actions is the legality of such behavior.

The FDA may regulate drug distribution in terms of testing and consumer safety, but they have no authority to prevent pharmaceutical companies from inflating prices and restricting patient access to such drugs. While price-gouging is prohibited in 34 states for trades and services in times of disaster, there are no laws against price-gouging specialized medications. At least none that can stop Big Pharma from continuing to exploit the dire nature of patient care supply and demand.

Fast forward a couple of months after the notorious Daraprim price-hike – and Shkreli’s name was dominating headlines once again. His moniker shifted from greedy “Pharma Bro” to alleged fraudster. Charges against Shkreli suggested his role in manipulating investors and participating markets, while running a Ponzi-esque scheme. “Shkreli essentially ran his company like a Ponzi scheme where he used each subsequent company to pay off defrauded investors from the prior company,” Brooklyn U.S. Attorney Robert Capers explained, in regard to the allegations against the young businessman.

The indiscretions made by the defendant have given him a whopping eight criminal counts for securities fraud and conspiracy charges spanning back to his work as a hedge fund portfolio manager. After lying to investors about the poor performance of Elea Capital Management, MSMB Capital Management, and MSMB Healthcare – Shkreli attempted to pay off the bad market earnings by siphoning Retrophin funds.

As if Big Pharma hadn’t been dealing with enough bad press, Wall Street’s golden pharmaceutical company Valeant continues to face heat after 2015’s massive scandal. In June 2016, Valeant shares were down 80% thanks to its questionable pricing practices, price-gouging history and the behemoth $31.3 billion debt. While it may seem as though Valeant is back on the rise, it will be nearly impossible for them to Phoenix their way out of price-gouging ash – just look at similar market struggles. Where there’s a price-hike, there seems to be fraud.

Last week, America was introduced to the next pharmaceutical villain, Heather Bresch of Mylan Pharmaceuticals.

Mylan acquired the widely-known allergy drug EpiPen, a dose of the hormone epinephrine nearly a decade ago. EpiPen is currently the only drug of its kind on the market, with strong patents blocking out competitors in courts until its expiration in 2025. Mylan acquired EpiPen in 2007, selling a two-pack of the drug for an affordable $100. Earlier this month, however; the price for a pack of two EpiPens jumped to $600. While this increase isn’t as jolting as other drug price-hikes, consider the ubiquity of EpiPens. Adding fuel to the fire is the congruent increase of Bresch’s salary, which hit an impressive $19 million in 2015 and is projected to continue climbing into the next fiscal year. In this case, perhaps there is a sliver of silver lining. Mylan has since published a press release promising to discount the drug, especially to those forced to pay out of pocket. This discount promises to discount the drug by 50%.

Big Pharma has had a rough couple of years in the press department, with no signs of its reputation becoming more polished. The fault lines that have rattled the foundation of the healthcare industry continue to grow, forcing patients and healthcare consumers to fall between the cracks and fend for themselves on far too many occasions. As an industry, how can we amend the failures we’ve presented to the very markets we rely on? Is accountability a thing of the past?

← Prev: Hanging Up Your Nurse's Cap? Next: Meet PAM, the Amoeba in Your Backyard → 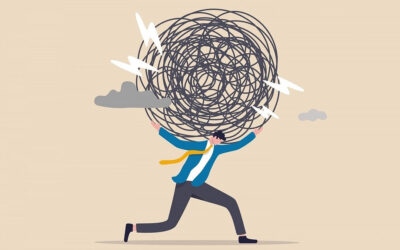