Dental Fraud: Isolated or a Pattern?

This week’s Fraud Spotlight features guest contributor Mark R. Brengelman, JD, MA. Be sure to tune into the column next week for more examples of dental fraud from real cases!

This article points out some basics of dental misconduct – fraud.  A dentist who bills for services not performed is committing fraud.  For example, billing for the extractions of two teeth when only one tooth was extracted is fraudulent billing.  There’s a hyper-technical, medical-legal, term-of-art for that.  It’s called stealing.

Isolated billing errors are rare and quickly corrected by the dentist then remedied before a board of dentistry or department of insurance investigates.  Core questions:  Was the initial billing in question the only incident over time and with many patients and charts?  Was this billing corrected and repaid when the dentist first found out about it?  Isolated billing errors happen in the absence of other facts like the office manager confessing, “the dentist told me to bill it that way because they didn’t pay enough for only one extraction.”

Another legitimate inquiry is to focus on the payor of the procedure.  Innocent errors typically occur randomly with regard to the patient, the type of procedure, and the kind of payor.  Intentional double-billing may happen with regard to the specific procedure or the particular payor – a dishonest dentist knows what procedures and which payors have less robust reviews of billed services.

In addition to needlessly increased cost of care, fraudulent billing truly hurts individual patients.  In the above example, if the second tooth (that was not extracted but was billed as extracted) becomes abscessed, the patient has by that time gone to another dentist who concludes:  “They won’t pay for that tooth extraction.  According to the insurance company, your previous dentist already extracted it – they won’t pay because it’s being billed again.”  In those cases, dentist number 2 gets a subpoena for records and is interviewed by the authorities – not because they did anything wrong, but because they identified and had the documentation showing that second tooth was never extracted by dentist number 1, the subject of the complaint.

Dental practitioners need to know how even single instances of billing fraud are determined to be isolated errors or fraudulent practice.  Just three or four instances are far more significant than a single case, and eleven or twelve show a definite pattern where the law allows for disciplinary action against the dentist’s license for “obtaining a fee by fraud or misrepresentation.”

Mark R. Brengelman, JD, MA, practices health care law in Frankfort, Kentucky, where he is the immediate past Chair of the Health Law Section of the Kentucky Bar Association.  For fifteen years, he was the Assistant Attorney General assigned as General Counsel and Prosecuting Attorney to the Kentucky Board of Dentistry.  His e-mail is Mark@MarkRBrengelmanPLLC.attorney.

← Prev: Dental Fraud from a Different Perspective Next: Fraud Spotlight: Why Dental Fraud is Overlooked & Ignored → 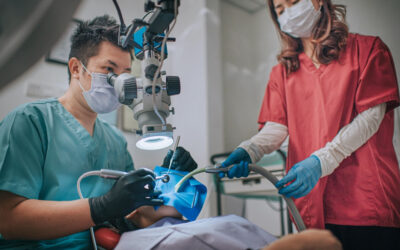 Why the War in Ukraine Might Make Root Canals More Difficult

Russia’s assault on Ukraine is being felt worldwide, and the U.S. health care system is not immune. Both Russia and...