People continue to be amazed at the fact that healthcare providers are 1, willing to accept a kickback in return for their patients, and 2, that it is as common as those in the healthcare fraud world know it to be.  I wanted to use this week’s blog to follow up Blog Post #3, where I discussed a particular doctor who took as little as $200 a month in return for referring patients to an MRI facility.  That same case involved 14 healthcare providers, who were charged criminally for receiving kickbacks.  Another three healthcare providers were dealt with administratively under the Civil Monetary Penalties Law (CMP) and paid financial damages because of their behavior.  There will be a future blog where I discuss criminal, civil and administrative issues in healthcare fraud cases.  I have often been asked why it was that some providers were handled as criminal cases, while others (the three in particular) were treated as administrative cases via the CMP.  That will in fact be a topic of a future discussion.

The interesting thing about kickback cases is that juries need to see some very convincing evidence that the payments were in fact made and were in fact made for the referral of a patient.  And, keeping in mind what I previously stated, someone must tell on themselves for there to be a viable case.  During the case in point, we had no less than two, and in some instances, three audio/video recordings of a cooperating witness making the cash kickback payment to the healthcare providers that were charged.  In all of the recordings, the cash was paid to the referring provider, a discussion of the number of referrals that made up that payment transpired, and in at least some of the recordings, discussions of why the cooperating witness “shorted” the referring provider some of the cash, and a promise to make it up the next month.  Of the 14 that were charged, two pleaded not guilty and chose to exercise their rights and wanted the case to be tried by a jury.

This is a screenshot of the video for one of the defendants. It is of my cooperating witness taking out his kickback list and reviewing the number of tests referred and the amount of money to be paid to each of the individuals who were charged.

The evidence was overwhelming.  There were multiple cooperating witnesses, including the individual who made the kickback calculations and the payments, as well as the individual from the MRI facility who negotiated the amount of the kickback that was being paid.  Nonetheless, two defendants took their case to trial.  In one instance, the jury could not reach a verdict, and a mistrial was called.  The defendant in that case was retried, with the jury returning guilty verdicts to all counts in about an hour.  In the second trial, the defendant was also convicted in about an hour on all counts.  The video/audio recordings told the story.  There were a lot of things that came out of the trials; the least of which was that video/audio recordings are the best evidence (even when a jury is hung, which is another story).  Kickbacks are prevalent, and healthcare providers will take great pains to make the kickbacks look like legitimate payments (such as rental agreements, professional services agreements, various speaking and consulting arrangements, to name a few).  A good investigation will turn up the truth, and cooperating witnesses will be found.

I will be spending the next few blogs discussing kickback cases that involved a variety of specialties, including cardiology, sleep medicine, pharmacy and laboratory testing services. 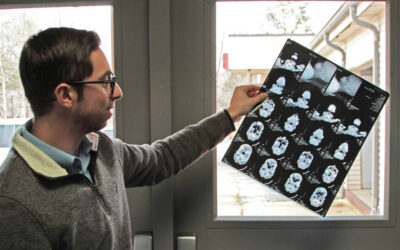