Retired OIG Special Agent and Advize’s Director of Litigation & FWA Support will be stepping in each week to examine current fraud trends from the lens of an investigator. Stay tuned for weekly insights, updates, and information on healthcare’s most expensive crimes

This is a common scenario in healthcare fraud investigations.  Agents do not typically make appointments.  Agents typically make visits to witnesses, subjects and targets at off hours of the day.  Agents maintain and carry firearms, which are usually concealed when conducting an interview of serving a subpoena.  When a subpoena is issued, it is important to understand the implications of the document, and just as importantly, what type of subpoena was served. There are generally three types of subpoenas that are used in healthcare fraud investigations: Grand Jury, HIPAA and OIG. I wanted to take this week’s blog and discuss what each of these are, and how and when they might be used.

First, it is necessary to understand the three types of categories that the US Attorney’s Office uses when discussing individuals involved in an investigation.  Witnesses are people who hold information about the matter under investigation.  I would always describe a witness as being like (or exactly like) the person who sees a car accident on the street and can provide some information about the events involving the accident.  This is the best category to be in when an investigation is on-going.  Subjects are people who the US Attorney’s Office has not decided on with respect to the category of witness or target, and the information that a subject provides can be a factor in swaying that designation one way or another.  The last category is a target, and that is an individual who the US Attorney’s Office has determined is subject to being charged for violation of a federal offense.  Sometimes people who are considered subjects become targets as the investigation progresses.

That all being said, witnesses, subjects and targets may all be the recipients of the three subpoenas identified above.  The mere issuance of a non-grand jury subpoena does not necessarily imply that the recipient of the subpoena is not under investigation; the type of subpoena is merely a tool for obtaining records.  Grand jury subpoenas have a variety of secrecy requirements and are issued in support of a criminal investigation.  The most notable is that the government will not disclose the nature of an investigation and may not share the documents or testimony obtained from the subpoena with the Civil Division of the US Attorney’s Office (with the caveat that in order to share any of that information, the criminal prosecutor must obtain an order from the federal court allowing such disclosure to the Civil Division).  Grand Jury subpoenas can require the production of document, testimony or both.

HIPPA subpoenas are very widely used in healthcare fraud investigations, as they do not have the same secrecy and sharing requirements that Grand Jury subpoenas have.  As such, the criminal and civil prosecutors are able to freely share the response from the subpoena with each other.  This is particularly the case in what are known as parallel proceedings, where the two divisions are pursuing the same matter from their respective positions.  The criminal prosecutor will be leading the matter and will be the issuing person between the two (criminal and civil), but the documents are easily reviewed by both prosecutors.  Of interesting note is that HIPAA subpoenas can only be for documents, and the documents (unless waived by the recipient) should only be produced to a US Attorney’s Office within 500 miles of the recipient.  As such, although an agent from Florida may serve the subpoena on an individual or entity located in California, the recipient is only required to make the return of the documents to a US Attorney’s Office within 500 miles of the recipient.  Often, the recipient will make production to the issuing district, but it is not required.

Finally, the OIG subpoena.  This subpoena is approved by lawyers at the Office of Counsel to the Inspector General (OCIG), and actually signed off and issued by the local agent’s Special Agent in Charge.  Interestingly enough, other components of the OIG have similar issuance authority.  The Office of Audit Services and the Office of Evaluation and Inspection also have OIG subpoena authority, as they typically require the receipt of documents in support of their mission and projects.  OIG subpoenas can call for the production of documents, and in other instances, can be issued by OCIG as a testimonial subpoena, when issued pursuant to a Civil Monetary Penalties Law (CMPL) investigation.  Testimonial subpoenas are similar to grand jury testimonial subpoenas, in that the receiving party is required to appear for a deposition (but in criminal Grand Jury, the recipient is required to appear before a Grand Jury and does not have the pleasure of counsel with them).  An OIG subpoena for testimony allows for the recipient to have an attorney present.

In any of the above situations, it is important to be responsive to the subpoena in the tie frame given, unless other agreements are made with respect to the production of documents or the appearance for testimony.  Always remember that people of various categories are issued subpoenas, and the mere issuance of the subpoena does not inherently imply that someone is the target of a criminal investigation. 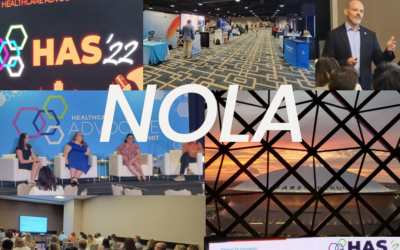 Joanne Whitney, 84, a retired associate clinical professor of pharmacy at the University of California-San Francisco,...

The White House Says Boosters for All. Here’s What You Need to Know.

The Biden administration announced plans Wednesday to offer boosters to all U.S. adults as soon as next month, saying...