Below are just a few of the highlights.

Norm Bossio, he spoke loudly, passionately and it had me sitting at the edge of our seats.

He revved up the ECC attendees, by acknowledging the claims heroes, as they work daily with people who are experiencing either loss of life or limb. He spoke of humanity and how these people are someone’s sons, grandchildren and so on… he shared a beautiful story of how his toddler granddaughter strayed away down the beach while the family was feeding seagulls, he hollered to her to come join the family in feeding the gulls, she replied, “I have to feed to the small ones first”, with that Norm drove home the point that every encounter big or small is an encounter with humanity; humanity in the most desperate of situations, so he applauded the ECC workers/attendees and encouraged them to love what they do, be kind, and remember to care for the little ones.

This was an interesting demonstration of testifying in a claim dispute case. When the attendees were quickly polled, “who has testified?” Only 3-4 hands raised in the nearly full room. One of which being our very own Rebekah Evans. The mock trial drama, attendees (aka the jury), heard the testimony of Steve Allen, Senior Field Claim Consultant in a case where an orthopedic surgeon filed for total disability, there was some suspicion around his ability or true “inability” to perform certain tasks. First they discussed typical things like timelines, and claims.

They noted certain behaviors around the insured, for example he didn’t comply with most of their requests, at least not timely or without pressure. Once there was suspicion around his physical limitations, social media helped to paint a clear picture. When testifying Senior Field Claim Consultant was asked, “do you believe everything you read on the internet?” To which he replied no, but I do believe Dr. Doe’s own admission when he states, he rode his bike for many miles today, or that he played a round of golf that day.

As a medical auditor sitting in the room, I heard “documentation specialist”, I perked up in when I heard the questioning turn to the insureds, diagnosis, and physical limitations. The claim consultant was asked to testify about the claimant’s medical diagnosis and such, I was surprised that his definition of the chronic fatigue syndrome, and his explanation of what the symptoms are for CFS, and if the insured had these symptoms was accepted. In our experience Doctors and RN’s are typically asked to testify regarding these items, but maybe the difference was we often are looking at medical necessity. In this case, they were determining if he was disabled or not, which could be defined by reviewing a medical chart.

They shared by reenactment of the court room questioning an uncomfortable line of questioning to the Claim Consultant regarding a note he had documented in the file which was written after the insured “no showed”, for a planned telephone meeting. The disdain in the note was scrutinized in a way to try to discredit the testimony to prove he was judgmental. They took a moment to break from the court room drama to drive home a few points to the Attendees (claims reps) in the room, anything you write down in a claim report, header, footer can and will be requested to by the attorney’s, so be ready to be questioned.

Another pointer they strongly offered was to never testify if you only have a week or less to prepare. They explained that the defense attorney will practice asking you questions and should provide you with an idea of the line of questioning to expect. They discussed the importance of your language, for example when testifying never say, “honestly…”, otherwise by saying honestly you’ve discredited everything you said before you said honestly.

Melissa Jewett from Advize Health instructed a rejuvenating YogAuditing session for ECC attendees. It was a whole new presentation from what we have seen in the past. Ms. Jewett demonstrated, and had the audience join along in some stretches and poses that they can work into their schedules, and even spoke about how to get employers to incorporate wellness into the work day.  She explained how some of the ergonomics we use working at desks and computers plays a role in our body habitus. This highly interactive session required audience engagement, and received overwhelmingly positive feedback.

Advize punctuated our stay in Boston by taking a trip to Rhode Island to meet with some clients, then traveled back to Boston at the end of the afternoon for more education and networking events. When the Eastern Claims Conference came to an end, Advize Health packed up and made a journey through New England, to New York, New Jersey, then through to Pennsylvania for the 2017 Pennsylvania Insurance Fraud Conference

This conference, and the final stop for Advize’s early April conference tour was heavily geared towards fraud investigators. The conference was abundant with educational sessions on the fraud-industry’s hottest topics and trends including the opioid epidemic, misuse of electronic records, and open sources investigations.

Below are some highlights: 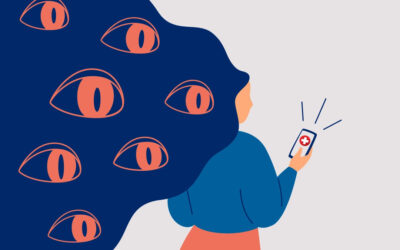 The Private Sector Steps In to Protect Online Health Privacy, but Critics Say It Can’t Be Trusted

Most people have at least a vague sense that someone somewhere is doing mischief with the data footprints created by...