They Thought They Were Buying Obamacare Plans. What They Got Wasn’t Insurance. 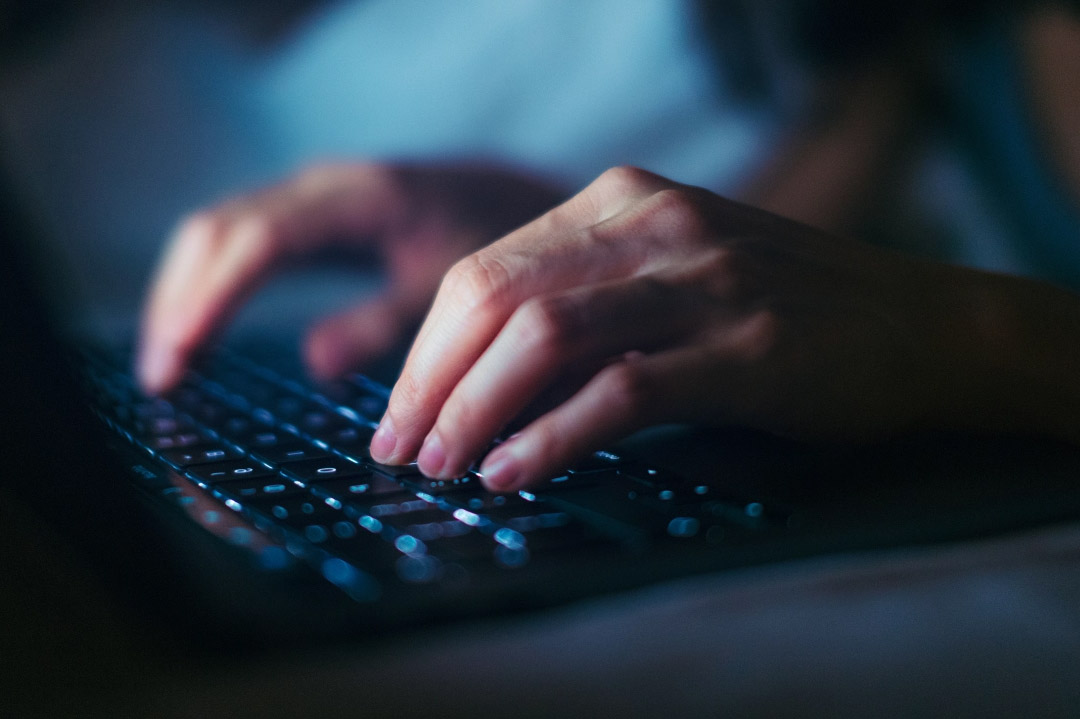 Tina Passione needed health insurance in a hurry in December. The newly retired 63-year-old was relocating to suburban Atlanta with her husband to be closer to grandchildren. Their house in Pittsburgh flew off the market, and they had six weeks to move out 40 years of memories.

Passione said she went online to search for the federal health insurance marketplace, clicked on a link, and entered her information. She promptly got multiple calls from insurance brokers and bought a plan for $384 a month. Later, though, when she went to a pharmacy and doctor offices in Georgia, she was told she did not have insurance.

In fact, it said it right on her card: “THIS IS NOT INSURANCE.”

Passione is one of 10 consumers who told KHN that they thought they were buying insurance but learned later that they had been sold a membership to a Houston-based health care sharing ministry called Jericho Share. The ministry formed in 2021 when House of Prayer and Life Inc., a half-century-old Christian congregation, assumed the name Jericho Share, according to Texas business filings.

Health care sharing ministries are faith-based organizations whose members agree to share medical expenses. The ministries grew in popularity before the Affordable Care Act’s mandate for having insurance coverage was repealed because they offered a cheaper alternative to insurance. But they are not insurance, largely not regulated as such, and don’t necessarily cover members’ medical bills. Massachusetts is the lone state that requires ministries to regularly report data, and only about half of claims submitted to ministries there were deemed eligible for payment. This spring, the Colorado legislature passed similar requirements that await the governor’s signature.

The Better Business Bureau gives Jericho Share an F rating, its lowest, and its website shows more than 100 complaints filed in less than a year. Texas Department of Insurance documents show two complaints, from February and March, about Jericho Share. The department responded to both by saying it regulates insurance, which ministries are not, and forwarding them to the state attorney general’s office. The attorney general’s office did not respond to KHN questions about the status of the complaints.

John Oxendine, a lawyer who was elected four times as Georgia’s insurance commissioner, responded to KHN’s inquiries made to Jericho Share. He is currently facing federal charges of conspiracy to commit health care fraud that he said are unrelated to Jericho Share. He denied any wrongdoing. If Jericho memberships are being sold to consumers in misleading ways, “that’s a good way for a broker to get fired,” he said.

“Jericho Share does not tolerate any type of misrepresentation or unethical conduct on the part of its programs,” according to a statement sent through Oxendine. “Whenever we become aware of inappropriate conduct, we take appropriate action to remedy the situation.”

Consumers can always cancel their Jericho Share plans, Oxendine said. Many consumers who spoke to KHN did cancel their plans and receive refunds, but several said the process to do so was frustrating. Some were left to sort out payment for bills they incurred while they thought they were insured. At least seven of the people KHN spoke with said they ended up with Jericho Share after beginning their health insurance searches on Google.

Encountering such issues while shopping for health insurance is not uncommon, said JoAnn Volk, co-director of Georgetown University’s Center on Health Insurance Reforms. She co-authored a 2021 report that found “misleading marketing practices” were directing consumers to alternative health plans, like ministries, that can cost more than marketplace plans and offer fewer protections.

Susan Fauman, 47, a metalsmith from Germantown, New York, relied on her spouse’s insurance coverage but wanted her own insurance policy before submitting her divorce paperwork last fall. Fauman said her Google search landed her on a series of what the advertising industry calls “lead-generating” websites: nongovernmental webpages that connect insurance brokers to consumers.

None of the consumers KHN spoke with could say with certainty which site ultimately connected them to the brokers who sold them Jericho Share memberships. ObamacarePlans.com and AffordableHealthPlans.org are among the lead-generating websites that show up on Google when someone searches with terms such as “Obamacare insurance” or “healthcare marketplace.” Those site listings are actually advertisements that resemble ordinary Google search results but are labeled with the word “Ad” and are placed above the most relevant search result: the federal government’s official health insurance marketplace, healthcare.gov.

Google spokesperson Christa Muldoon said companies that advertise on searches related to the Affordable Care Act must prove they are licensed to sell insurance via the federal or state marketplaces.

Those marketplaces let consumers shop for comprehensive health insurance, tell them whether they qualify for financial assistance, and connect consumers with enrollment assistance, if needed. By contrast, lead-generating websites typically just sell the personal information provided by consumers to insurance brokers and agents who can sell other types of plans.

Fauman said she unwittingly put her information into what turned out to be several lead-generating websites. She was soon inundated with phone calls from insurance brokers, she recalled.

Eager to get insurance, Fauman said, she bought a plan for about $330 a month, plus a $99 sign-up fee. She said the broker — who, she later realized, never named the plan — said she’d have basically no copays and no restrictions on where to get care. But he did not tell her it was a health care sharing ministry, she said, or that it wasn’t insurance — something she didn’t know to ask about. When she received her Jericho Share card with its disclaimer, she thought, “What the hell did I sign up for?”

Ministries and aggressive insurance marketing practices have raised eyebrows before, and the Washington state attorney general issued a consumer alert last year about “ads and websites posing as the official health insurance marketplace.” But Georgetown University’s Volk said large-scale crackdowns would likely require cooperation by multiple state regulators because states are the default enforcers of insurance rules. The Federal Trade Commission did bring a case against a Florida-based operation in 2018, alleging it collected over $195 million by enrolling consumers in “worthless plans.” The case is ongoing.

And it’s not always clear who can and should be protecting consumers in this complicated space that covers public and private insurance, interstate commerce, websites, and health care sharing ministries.

The Centers for Medicare & Medicaid Services manages the healthcare.gov website. “When CMS sees an ad we think is misrepresenting HealthCare.gov, we share it immediately with the search engines,” deputy administrator Ellen Montz said in a statement.

Louise Rasho, a spokesperson for MediaAlpha, which operates ObamacarePlans.com, said in an email that the company’s code of conduct does not allow brokers who buy customer leads to mislead consumers. It periodically monitors calls to ensure compliance. She also noted the site has disclaimers saying that it is not a government website.

Craig Sturgill of Excel Impact LLC, which owns AffordableHealthPlans.org, said that if the company learns a broker has broken the law or used questionable tactics, it terminates contracts and takes “further action” as necessary. “As a digital marketing company, we aren’t necessarily in the business of deeply educating consumers from beginning-to-end about all of their available options,” Sturgill said in an email. “Our role is to connect consumers to advisors who can and should effectively educate consumers.”

The broker callback number that consumer Hemani Hughes said she used to correct the spelling of her name on her Jericho Share plan — before she realized it was a ministry — is listed on the websites of the Better Business Bureau and the Utah Insurance Department as belonging to Florida-based Prosperity Health LLC. In an email, Prosperity Health’s registered business agent, Ahmed Shokry, said it had “never sold Health Shares.”

Hughes, a 49-year-old communications strategist in Kansas, said she was sold a Jericho Share plan in February after specifically telling a broker she did not want a health care sharing ministry plan. Hughes said she realized after her call that the broker never mentioned the plan by name, saying only that she was signing up for a “national PPO” and walking her through the copays.

When Hughes realized it was a health care sharing ministry, she said, she called to cancel her plan. She was met with what she described as “a pretty manipulating and very belligerent gantlet of customer service reps and hold times” over multiple calls.

At one point, Hughes said, the people she was speaking with told her it was irresponsible to go without insurance — even though Jericho Share itself is not insurance.

Hughes outlined her story in a complaint she filed with the Better Business Bureau. Jericho Share responded to the consumer watchdog that it was contacting Hughes directly to protect her private health information and said, “We are working very diligently to investigate this complaint thoroughly.” Hughes ultimately received a refund.

Passione said she filed her complaint with the Better Business Bureau after she couldn’t get a straight answer about payment for her doctor appointments and prescriptions. In March, Passione canceled her Jericho Share plan and signed up for COBRA coverage through her former employer for $782 a month.

“A bit expensive, but at least I know what I am getting,” Passione said.

She said she was reimbursed by Jericho Share for one month’s payment and is waiting to hear whether her credit card company can recoup payments she made in January and February.

Fauman, who also filed a complaint, received a refund, too, but spent two months uninsured and avoided calling her doctor while she sorted out the situation.

“I was afraid of what it was going to cost me,” Fauman said.

She eventually got marketplace insurance with the help of a “navigator,” someone trained to help consumers enroll in coverage without earning a commission. After subsidies, Fauman’s premium is around $95 a month, costing her about $2,800 less a year than what she said her Jericho Share plan would have — and her new plan is actually insurance.

Where to Buy Marketplace Insurance

To find a health insurance plan, visit the federal marketplace, healthcare.gov, or call 800-318-2596.

← Prev: A Dollar For Your Thoughts – We’re Crushing Medical Debt Next: Come Fly With Me (Part 3) →