In the English language, a modifier is used to describe the who, what, how, why, and/or where of a situation. Coding modifiers perform the same role for medical coders and billers. These types of modifiers further describe procedure codes without altering its original definition. Modifiers can be found in both the CPT and the HCPCS code books.

The benefits of utilizing modifiers include strengthening documentation (when correct), securing revenue, and providing clarification for claims reviewers.

The downside of modifiers is that their requirements may be difficult to understand, leading to misuse and abuse.

Acceptable vs. Accurate Use

You will more than likely encounter a situation in which the use of a modifier is acceptable with questionable accuracy. That is, you could get away with using a modifier – but not always. It is critical to avoid these types of situations. Your claim might be accepted, but the billing/coding will not be truly accurate. When submitting claims with modifiers you should aim to have your use be both acceptable and accurate to avoid penalties down the line. You never know what an audit or claims review will reveal.

Modifier applicability will differ from payer to payer, especially those in the commercial space. Payer organizations review and update their modifiers every year, and will also define exactly how modifiers can be used. Staying current on each individual payer’s preferences will help you stay compliant. One way to do this is by consistently reviewing payer policies and contracts.

That’s a mouthful, isn’t it? To put it simply, that means: same physician, same day E/M services. This modifier focuses on the E/M service. Appending modifier -25 bypasses NCCI edits and prompts the payer to reimburse the provider for the E/M services separately, despite the fact that a global period is intact.

Correctly using modifier -25 requires coders/billers to identify the global period for the services rendered. As always, compliance means that physician documentation should be reviewed and confirmed prior to any submissions. The extra work performed to append this modifier should be substantial enough to qualify as billable, especially to an external party.

This modifier identifies a procedure or service that is independent from another procedure, despite being performed during the same visit or day. Utilizing this modifier bypasses NCCI edits to encourage payers to pay for each procedure separately.

Proper use of this modifier requires that you check NCCI edits before appending the modifier to confirm that it is allowed/applicable. Keep in mind that you should append modifier -59 to CPT, as it does not apply to E/M codes. From there, identify supporting documentation to confirm the performance of all procedures. Do not hesitate to be fastidious.

Be careful with this modifier – it is often interpreted as a red flag and will warrant extra attention during an audit. When a service exceeds typical expectations, modifier 22 can be added to the procedure code. To qualify for proper use, the procedure should be complex, difficult, and extend well beyond usual time allotment for the same procedure.

Use of this modifier is up to your discretion, but it is recommended to ensure that it is absolutely necessary. Some situations that will most likely be considered as acceptable and accurate are extensive trauma leading to complications, excessive blood loss, and patient status that complicates surgery such as severe obesity or the presence of co-morbidities. 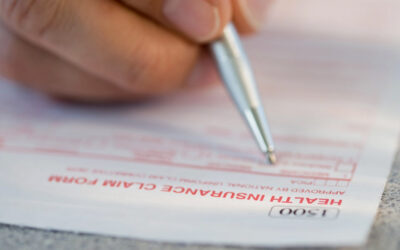 Almost 2 million of California’s poorest and most medically fragile residents may have to switch health insurers as a...